Versatile. I type this word. My immediate association with it is the musical Gypsy, based on Gypsy Rose Lee’s memoir. I hear youthful Baby June then metamorphic Gypsy then, finally, a show-stopping Mama Rose belting:

Let me do a few tricks,

Some old and then some new tricks

I learned the entire score of Gypsy aged seven and must’ve sang the words I’m very versatile thousands of times, surely to the point my mother’s head wished to implode.

Twirling sparkly batons in both hands, I slide into splits on the threadbare rug in our sitting room and wished to be a Vaudeville performer. I hadn’t fully realised that I was born some eighty years too late to tour with the likes of the sublime Mae West, incomparable Judy Garland and the outrageous Sophie Tucker.

But I’ve never forgotten once wishing to be Baby June. I was a girl deeply struck by the tragic rise of June’s sister Louise as a wallflower, the neglected sister, who was subsequently thrust into the limelight when June escapes her mother’s toxic clutches. The scene where Natalie Wood as Louise finally realises she’s pretty is quite poignant. Even to me, as that seven year-old girl twirling on the rug.

When Cherylene notified that she’d nominated me for the Versatile Blogger Award, I heard I’m very versatile in my head. Silly really. But who can fully understand the workings of memory?

Writing this reflective post now, I note the connection between my desire as a child wishing to one day demonstrate my versatility on the stage to the masses with dancing, singing and acting, then fast forward decades and I am here, pretty much doing the same thing on a blogging stage, only with words.

Versatility is a trait I value in others. My blog is very much still in its infancy so Cherylene’s simple act of acknowledging me is honouring. Thanks, Cherylene. Your own blog is versatile in your writing holistically about mind, body and spirit,

According to The Versatile Blogger Award rules, I must reveal seven facts about me. If anyone cares to read on, here’s the skinny on Estella:

Apparently I now have to nominate 10 bloggers for this award. Over two months, I’ve sourced so many brilliant blogs. I’m still not entirely sure how this works but will list 10 blogs below whose posts I devoured today: 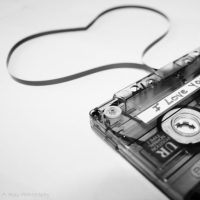 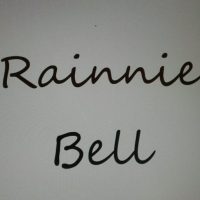 A Blog About The Female Body and Its Appetites

Everything and a few birds

Americans' daily coffee ritual... Come right into our friendly, rhythmic ambiance, It’s an enjoin where you can always explore our breakfast, brunch and coffee selections.